Okay so I know we have all received a call from a girlfriend whom wanted to put the guy she's with on blast because he didn't do something or just isn't living up to her expectations. As she goes on and on about how bad and good for nothing he is, you continue to hold the phone and agree with her while thinking to yourself "why are you even with him."

I've been that girl on both sides of the phone and I guess none of those relationships worked out as planned because I"M STILL SINGLE!

Anywho, as I watch some of my favorite shows, "The Game, For the love of Ray J, Divorce court, The Hills, Harlem Heights and that new show that comes on MTV with Tyler and Jasmine," I came to the conclusion that we as women are playing ourselves nowadays because we have low expectations for relationships and some of us frown when our family brings up marriage. When did getting married become a bad thing.

And guess what I'm tired of this!

I hear guys talk about how chivalry is dead but who killed it? Did we as women wake up one morning and say I don't want a GENTLEMEN? I don't want someone who doesn't care if he shows how much he cares for me. I don't want a man that wants to take me out to dinner or will watch a mushy movie with me. Shit! yeah I said it Shit, I didn't and I want it back.

I have never jumped on the "Ms. Independent" bandwagon (note that there's no MRS. in front of independent). I have always expected what I should be given. Sure I've had a couple of temps but even they had to do a little courting.

I'm approaching 30..ooh I hate to say that..But yes 30 and women should not expect the 8th grade relationships past high school.

In one of my relationships, I found myself giving way more than was given but he declared to my friend that he was a "taker", so you know how that ended.

I'm just a little upset about how the "game" has changed and we are giving more and expecting less. I'm tired of hearing all the complaints about how he don't do this or don't do that! How was he supposed to know if you didn't set standards?

I want to start hearing GREAT things about how he did this or that unexpectedly. You know like the love stories that we all read and get excited by what the man in the book did for his girls.

You know, "if you got some call me," because I need some inspiration for my books and short stories. That way that moment will be captured for you to enjoy again later.

Girls we have to start doing some reprogramming these men because all they know is she look good and the sex was okay for the moment- next dummy!

So the next time you're girlfriend calls you, I want you to either send her to my blog or tell her "Girl quit playing yourself, he may be cute and good in bed but he ain't the last man left.

Alex not plastic
Posted by Girlletmetellyou at 8:10 AM

Are you a sucker for love? 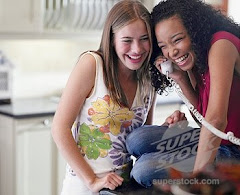